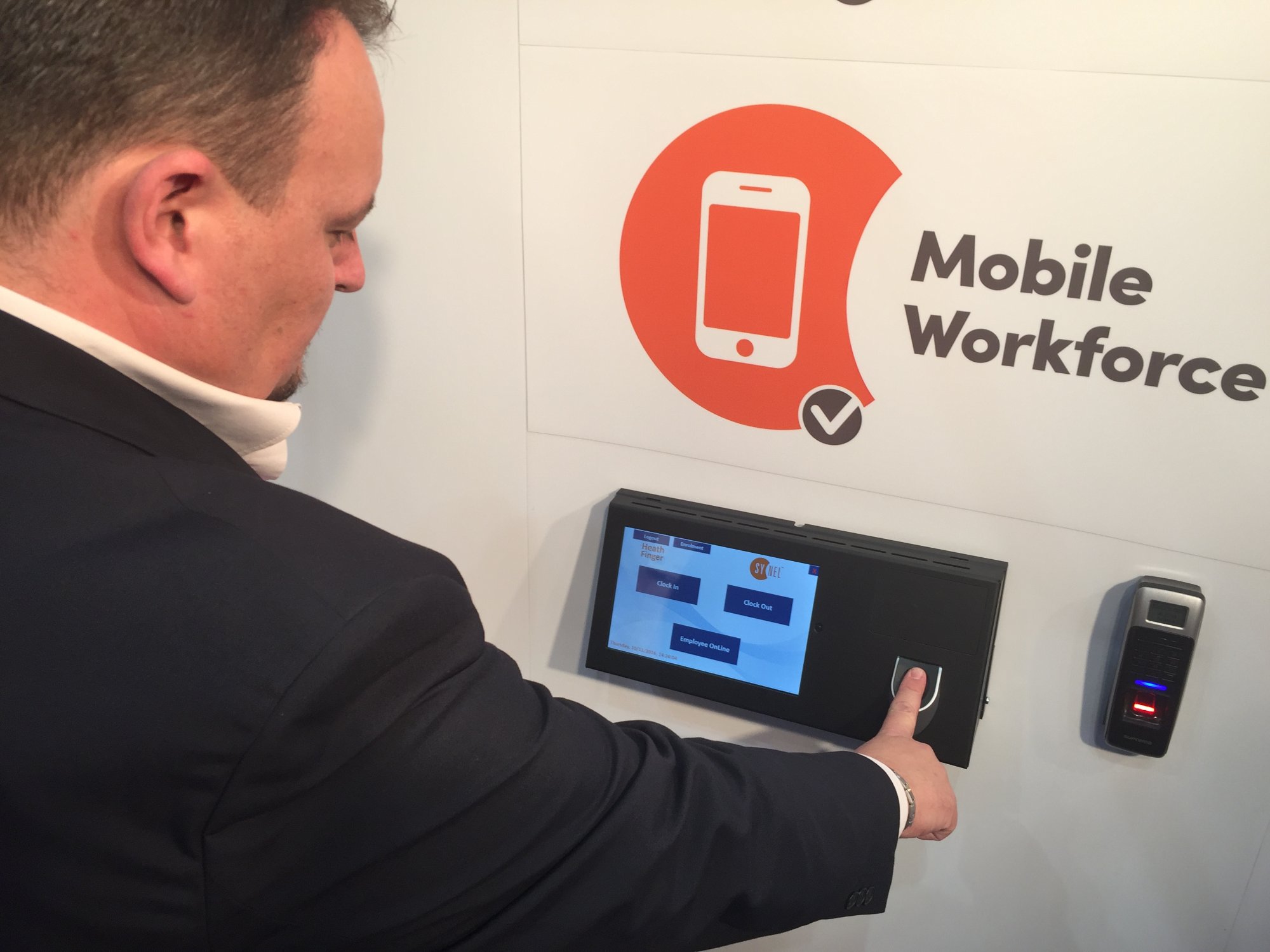 Is the future of work human?

Every month brings new ways to monitor performance, productivity or even personality in the workplace. So what does the rise of tech mean for us humans. I asked the experts at the CIPD conference in Manchester on the future of work last week.

“The future of work is human”

So says Peter Cheese, head of the Chartered Institute of Personnel and Development. But as delegates listened to his conference speech, out in the hall the tech firms gathered, offering everything from fingerprint security to neurological profiling to make your business smarter. So will tech make work easier or make us all more vulnerable?

The future is bright

“We use data to find out why things happen,” says Jonathan Mackey from Mindmill, a company bringing technology and psychology to staff recruitment. “We map the core values and needs of an organisation to potential candidates” he says.

“Data makes it easy to predict who’s going to come in and do well in the organisation.”

But does it replace our natural gut feeling about hiring another person? “That can be a good or bad thing,” Mackey says. “Data can take out unconscious biases around gender, age and race equality.” Mackey believes data complements instinct, allowing managers to tell if their gut feelings were right. “It’s very much the future. Within three to five years everyone is going to be doing this kind of thing.”

Falling tech prices mean it’s easier than ever for bosses to know exactly which staff are where, and exactly what they’re doing.

“Imagine you run a company cleaning offices in the early hours of the morning,” says Burne. “You have real time data on your phone showing who has attended a building. You know if they haven’t turned up before the customer does. It’s a fantastic asset.”

But don’t staff resent surveillance? “When we started selling fingerprint solutions 16 years ago there was a big outcry,” says Burne. “But now it’s in our schools, libraries, on our phones. As for face recognition, we are the most photographed country in Europe, what’s one more photograph?”

The future is dark

“Everything that’s repeatable and measurable can be automated,” says business author Margaret Heffernan.

“If we treat people like widgets, they’re very likely to replaced by widgets.”

Companies which value human interaction, helpfulness and creativity are best placed for the future, she argues. “Companies who think they can automate these things are in for a horrible surprise.”

“Omnipresent tech is so seductive,” says psychologist Almuth McDowell from Birkbeck, University of London. “It’s so easy to look at your emails in the evening. But what if you get a really irate email from a customer? Your arousal levels shoot right up and take a long time to come down again.” McDowell argues humans are not hardwired to be always-on. “We can work hard but we also need time to replenish our energies.

“That’s the dark side of technology – that we just don’t stop working.”

“I don’t think the next wave of automation will eliminate many jobs except in certain sectors,” says Prof Cary Cooper, at Alliance Manchester Business School. “But we will have a lot of technology intruding into our private life.”

Cooper thinks that in some ways the recession and job insecurity makes this worse. “If you’re feeling insecure you want to be connected so you access your smartphone on holiday, at weekends, at night.” On the other hand, recession could be the best thing that ever happened to HR, he says. “We have fewer people doing more work. We have to value the human resource more than ever,” he says.

The future is hazy

How many of us should be worried that our jobs will be obsolete in five years time? “I don’t think the event horizon is that close,” says Dr Richard MacKinnon from the Future Work Centre. We all need to think about our skills, but so long as we’re working with people, some things will remain constant. “Companies want people to work hard, get along with each other and follow the rules. The rules may change but we as humans are not going to change much.”

“There is no app for leadership,”

says Almuth McDowall. “We will still need good skilful leaders to lead a team of human beings. The only constant is change and we all need to be more agile to cope.”

“We’re all trying to do things we’ve never done before in an environment we’ve never visited before,” says Heffernan. Successful companies cope by experimenting as much as they can afford to with different ways of developing products, customers and teams.

“They know the future belongs to those who learn fastest.”